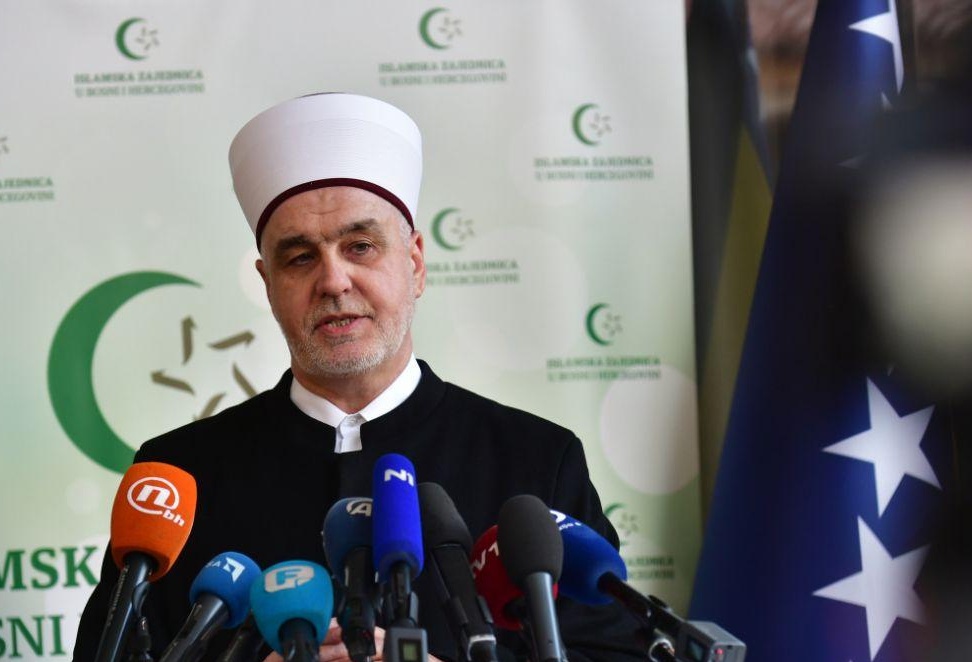 The ban on genocide denial which the High Representative in Bosnia imposed on Friday represents “a glimmer of hope for a brighter future” and an opportunity for the country to move forward, said the head of the Islamic Community in BiH, Husein Kavazovic.

Only days before he is to leave Bosnia, the High Representative of the international community, Valentin Inzko, used his special set of powers – the Bonn Powers – to impose the law.

As of August 1, Germany’s Christian Schmidt will take over the Office of the High Representative (OHR) and continue the task of monitoring the civilian implementation of the 1995 Dayton Peace Agreement in the country.

The law changes that Inzko imposed stipulate prison sentences lasting between six months and five years for anybody who “publicly condones, denies, grossly trivializes or tries to justify a crime of genocide, crimes against humanity or a war crime.”

According to Kavazovic, this decision to impose the ban was long-awaited, “although we all hoped that the domestic legislative bodies would adopt it.”

Kavazovic said that in the years after the war and after the facts about what happened in Bosnia were established by domestic and international courts, “not only was there no confrontation with the past in some circles, but the denial of genocide and other systematic crimes and the glorification of war criminals have only intensified since recently.”

“That is why this is an important and courageous step on the way towards facing the past, building peace and restoring trust,” he said, stressing that the decision represents “not only a symbolic sign of justice for the victims and their families” but also a concrete step which means that those families who will no longer have to witness those who escaped justice gloat about their loss.

This is a unique opportunity to stop the denial of genocide and glorification of criminals for the sake of future generations, and an opportunity for all in BiH to move forward, pay tribute to all innocent victims and clearly condemn policies that led to division and crime, the religious leader said.

“This is the only right decision and a glimmer of hope for a brighter future in this area where there will be no room for criminal ideologies and bearers of hatred and discord among peoples,,” he said, adding that “one should never lose hope in God's justice and good people.”