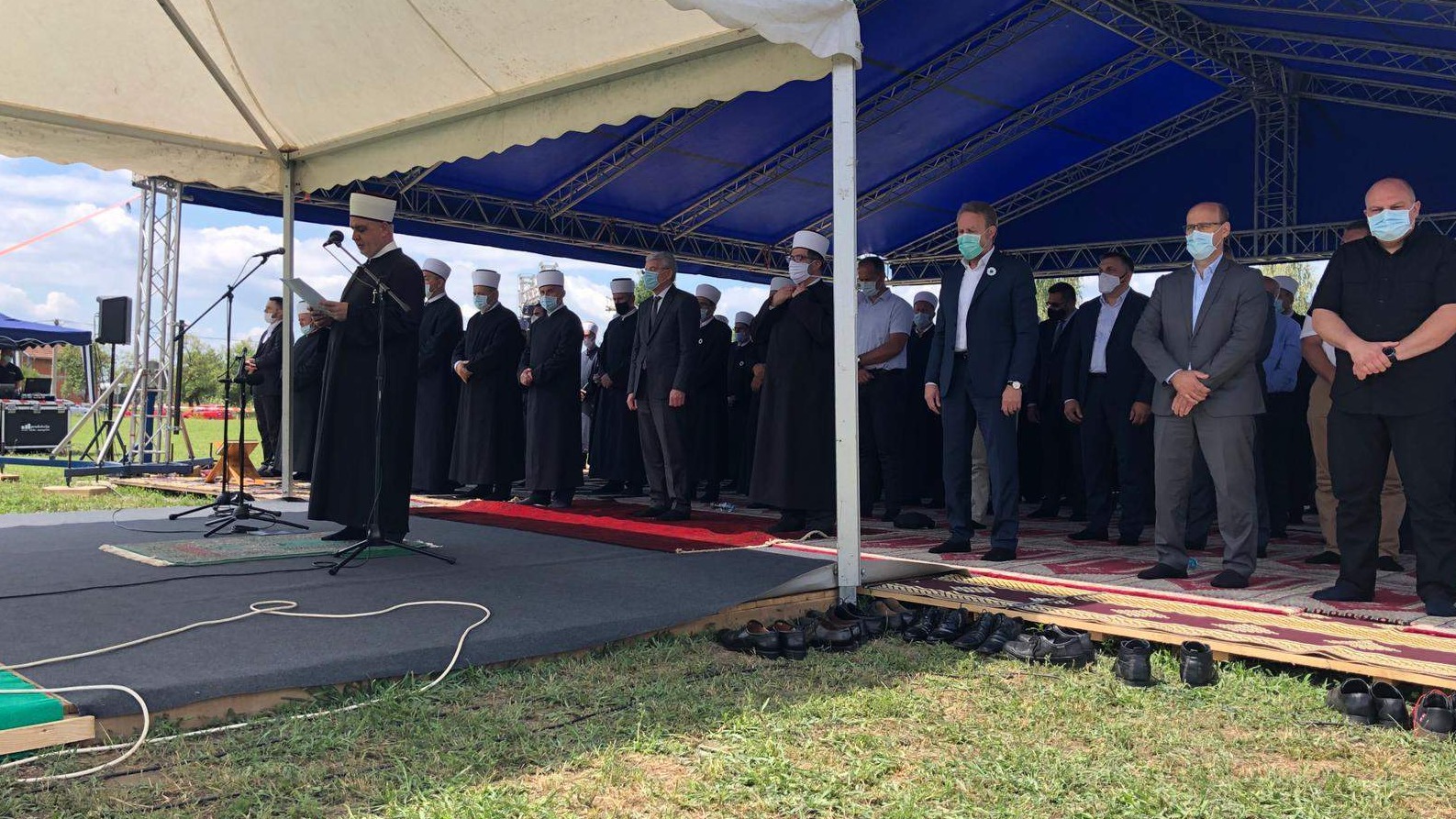 PRIJEDOR, July 20 (FENA) – Raisu-l-ulama of the Islamic Community in Bosnia and Herzegovina Husein effendi Kavazović said today in Prijedor that the truth about the horrific crimes in Prijedor during the last war must continue to be told and that everything must be done so that no one ever experiences what Bosniaks experienced in this region in the past.

After leading the funeral for the six victims from Prijedor, killed in 1992, Kavazović pointed out that they gathered today only nine days after the funeral in Srebrenica, to pay their respect to the innocent victims and to remember those who had already been buried and for whom we mourn.

“Each of them who were killed and we who survived the horrors of aggression on our country carry countless untold stories. We can only guess what our martyrs went through in the last moments in this world. It is not an easy realization that we were not strong enough to protect them from those who had neither mercy nor compassion for them. Those who committed these horrific crimes realized that their crimes would be covered with green Bosnian grass and that time would erase the memory of their stories, that the truth would remain buried in the clay of Tomašica and other mass graves. We, gathered here today, are the guarantor that this will not happen,” said effendi Kavazović in his address.

Survivors must, he pointed out, continue to tell the story of every innocent person who was killed.

We believe, said effendi Kavazović that the day will come when the villains will look their victims in the eye and be held accountable for their misdeeds.

“That faith in ultimate justice never leaves us and gives us the strength to persevere in our struggle,” said the Rais-l-ulama.

“The horrific crimes in the Sana Valley and throughout Bosnia are the best proof that the genocide in Srebrenica was only the final act of a joint criminal enterprise, with genocidal intent, which began here in Prijedor, to destroy our people in its historical region. Everything we witnessed here in 1992 shows that the crimes were not sporadic or incidental, but carefully planned, in every municipality where bare-handed citizens failed to organize and defend themselves,” he said.

We are witnessing attempts to hide that aggressive character of that war, and the truth is being reshaped.

“But, just as we did not respond to crimes by doing crimes during the war, so today our response to hatred cannot be hatred,” added effendi Kavazović.

He expressed satisfaction that life is returning to this area and that it is important to preserve the awareness of Bosniaks about their religion and homeland.

“That awareness will bind us to our homeland,” said Kavazović.

“We are also here to encourage our neighbors to face the truth together and to unequivocally condemn the criminals and their political projects, and to turn together towards building a better future,” he emphasized.

A funeral service was held today at the Kamičani Memorial Center in Kozarac followed by a burial of those six innocent civilians from Prijedor, who were killed in 1992.

Five victims were exhumed at the Korićanske stijene site, while Enes Denić’s body was found at the Jablanica-Prosara site, near Bosanska Gradiška.

The killed Bosniaks were thrown into individual, joint and mass graves. So far, the remains of the killed Prijedor citizens have been found at 499 locations, in 73 mass graves, primary and secondary, in the area of ​​10 municipalities and three different countries.