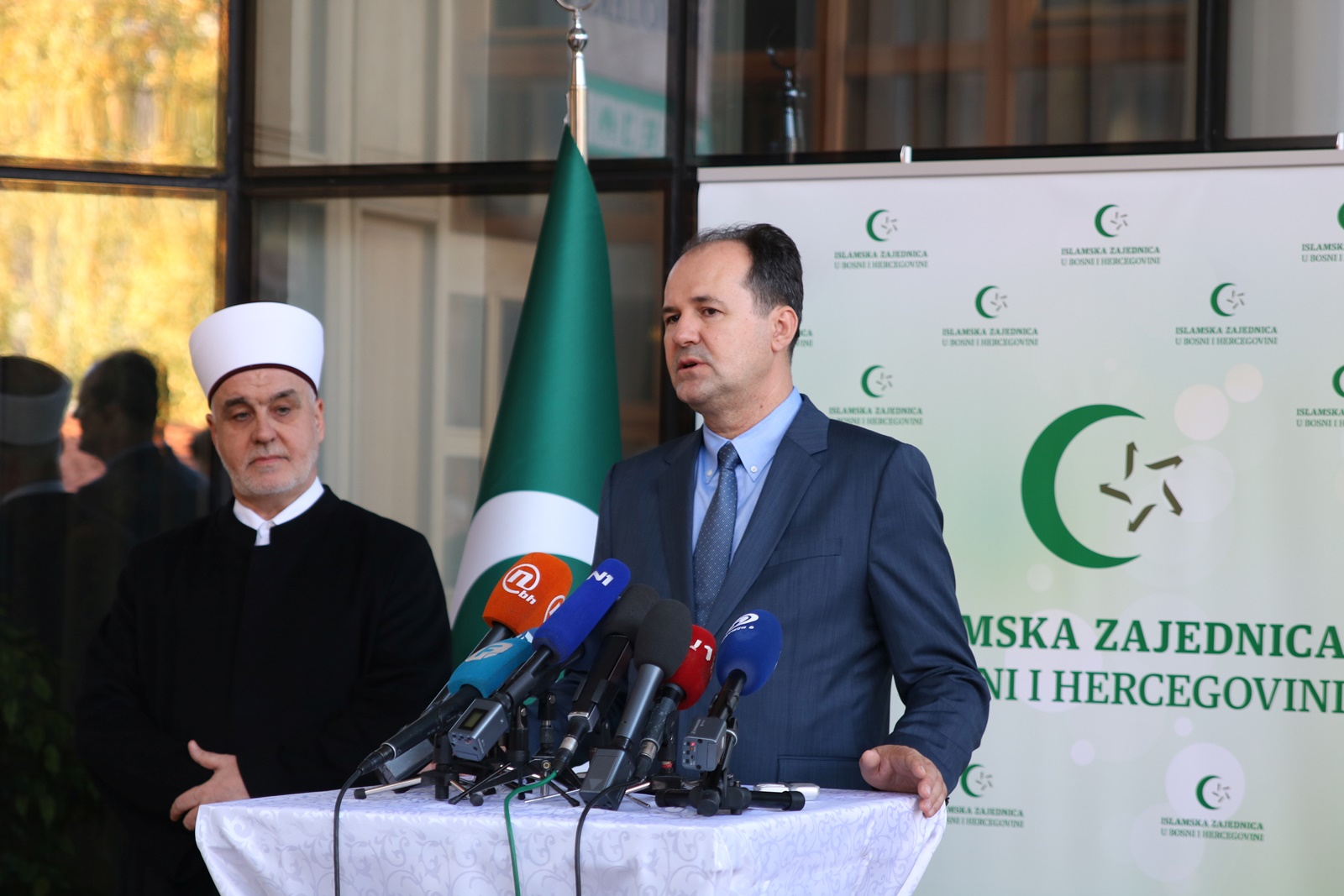 Honorable muftis, members of the Council and the Riyasat,

Honorable representatives of political, religious and social organizations in Bosnia and Herzegovina,

Your excellencies the ambassadors,

The beginning of a new term of a Raisu-l-Ulama, which is marked either by awarding the newly appointed Rais with a manshurah or by officially announcing the beginning of a new term, has always been a historically important event for Bosniaks, the Islamic community and Bosnia and Herzegovina. The institution of Raisu-l-ulama is a symbol of the continuity of the collective choice of people to live Islam in this region. This institution embodies the legitimacy of our spiritual connection with khalifahs all the way to Muhammad, pbuh, and the democratic will of the members of our Community. It is a symbol of the unity of faith and the Ummah, and one of the cornerstones of our national identity. In the difficult times when our national identity and our right to form an independent state in our homeland of Bosnia was often denied, for Bosniaks, the Islamic Community was much more than just a religious community. Today, when Bosniaks have won their national freedom and when the integrity of the Bosnian state cannot be challenged, the Islamic Community no longer has to carry the entire burden of our collective challenges, but, due to its reputation among the people and all that it symbolizes, it remains our most fundamental institution.

In the following period, apart from internal, organization and strengthening of the community, we must also work on resolving the issue of the contract between the Islamic Community and the state. Without that contract, the Muslims of this country and their community rightfully feel discriminated against. The contents of the contract proposal guarantee basic freedoms and are aligned with the contents of the contracts already signed by the other two traditional religious communities and high standards of secular state. There is no and there can be no justification for not signing that contract. I believe reason will prevail and this issue will not be used for political purposes any more. This is not a favor or a concession to the Islamic Community, it is its basic right. For its contribution to the community at large, the Islamic Community deserves the same social recognition that the other religious communities have already been given.

In line with his work so far, we can expect that, despite all challenges, Rais Kavazović himself and the Islamic Community as a whole will continue to be leaders in interreligious dialogue and flagbearers of Bosnian spirit of tolerance and peaceful coexistence. I am also certain that in the public space, the Community will continue to be a voice of reason and a moral corrective, even if we are a society reluctant to accept criticism and advice.

This community is definitely like its people – they share the same virtues and weaknesses. The community, however, can be an example to others if it adheres to the Islamic values it is based on. Those values can never be a matter of compromise.

The recent Raisu-l-ulama elections have shown the maturity of this community and were a true test for our institutions and bodies and the level of freedom and democracy we have reached. I am therefore especially pleased that we have completed this process with dignity and that today we are here to witness the festive occasion of introducing the Raisu-l-ulama's new term.

I would like to use this opportunity to thank all who have helped complete this process with dignity through their work in different committees, the Council and the electorate. I would also like to thank other candidates who have applied for this position.

We in the Islamic Community take pride in the level of transparency, freedom and democracy we have reached, which is uncommon among traditional religious communities. That is something we will continue to cherish and develop further.

I once again congratulate Raisu-l-ulama Husein efendija Kavazović for the trust the Community has placed in him. He knows better than any of us what a great responsibility that is. As the Council, and as members of the Community, we will continue to be at his disposal and help each other in accordance with the Islamic principle of shura and counselling.

Finally, I would like to thank you all for coming and we wish you all the best.