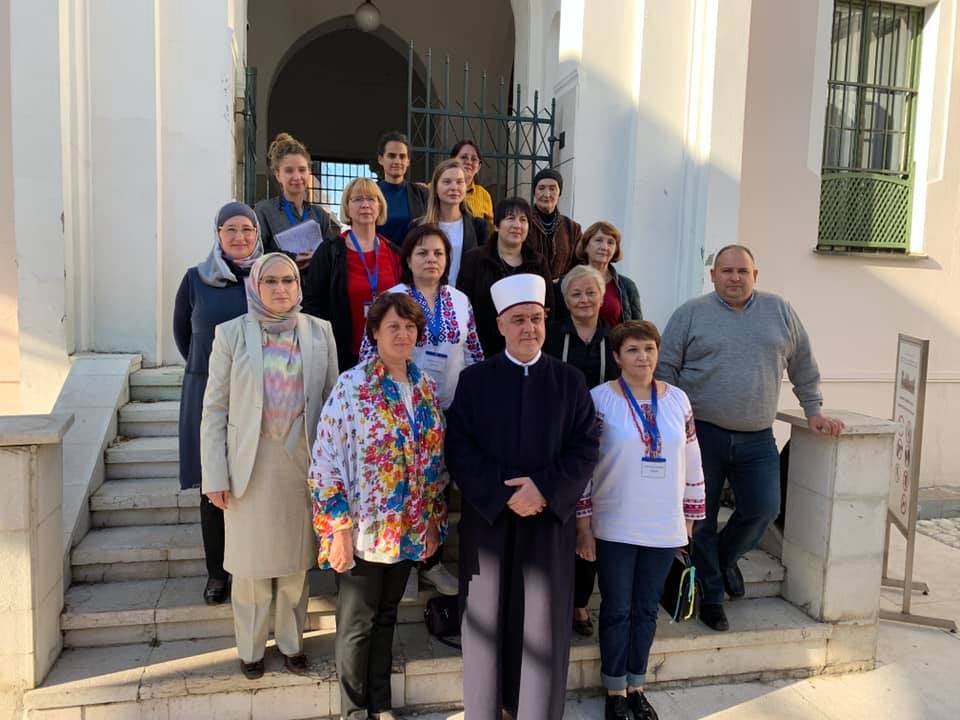 Sarajevo, October 25th 2019 (MINA) – Earlier today, Raisu-l-ulama of the Islamic Community in Bosnia and Herzegovina, Husein ef. Kavazović, met the delegation of Dr Denis Mukwege Foundation and Sema SEMA Global Network of Victims and Survivors to End Wartime Sexual Violence. The meeting was also attended by representatives of the Association for Helping Victims and Survivors of Wartime Sexual Violence „Naš glas“ from Tuzla and the co-founder of the Association, Doctor Amra Delić.

SEMA Global Network of Victims and Survivors to End Wartime Sexual Violence is part of Dr. Denis Mukwege Foundation based in The Hague and Geneva. Founder and CEO of this foundation is Doctor Denis Mukwege from Congo, one of the 2018 Nobel Peace Prize winners, who won the prize for his contribution to supporting survivors of wartime sexual violence and his contribution to combating rape as a weapon of war. Dr. Mukwege is also one of the most prominent advocates of a global reparations system for victims of wartime sexual violence.

The meeting was attended by the representative of Dr. Denis Mukwege Foundation and SEMA Global Movement head coordinator Mrs. Malini Laxminarayan, Head of Board of East-Ukrainian Center for Civil Initiatives Mr. Volodymyr Shcherbachenko and women victims of wartime sexual violence from Ukraine.

During the meeting, Raisu-l-ulama pointed out that during the aggression against Bosnia and Herzegovina, BH Muslims faced systematic rape used for the first time in history as a military strategy and a strategy of „ethnic cleansing“. For this reason, Muslims in Bosnia and Herzegovina and the Islamic Community have great empathy for the suffering of victims of wartime sexual violence and appreciate the efforts of Dr. Mukwege and his Foundation.

“The Islamic Community offered its support to victims of this war crime from the very outset of the war, and the greatest victims of these crimes were female and male members of the Islamic Community. The Community has worked hard to reduce stigmatization of the victims, and now we are sharing that experience with others throughout the world and we continue to support victims and their associations. “, said Raisu-l-ulama.

Raisu-l-ulama Kavazović also emphasized that the decision of the Nobel Committee for Literature at the Swedish Academy to award the Nobel Prize in Literature to controversial Austrian writer Peter Handke is a bad message and an insult to victims of genocide and other crimes against humanity, including wartime rape, in Bosnia and Herzegovina, Croatia, and Kosovo.

„Through his international influence, Handke denies and belittles the suffering of victims of war crimes and glorifies the policy-makers who created and carried out those crimes. This is why we rightfully expect other Nobel prize winners, especially Dr. Mukwege who understands the pain of the victims, to raise their voice against this shameful decision,“ said Raisu-l-ulama.