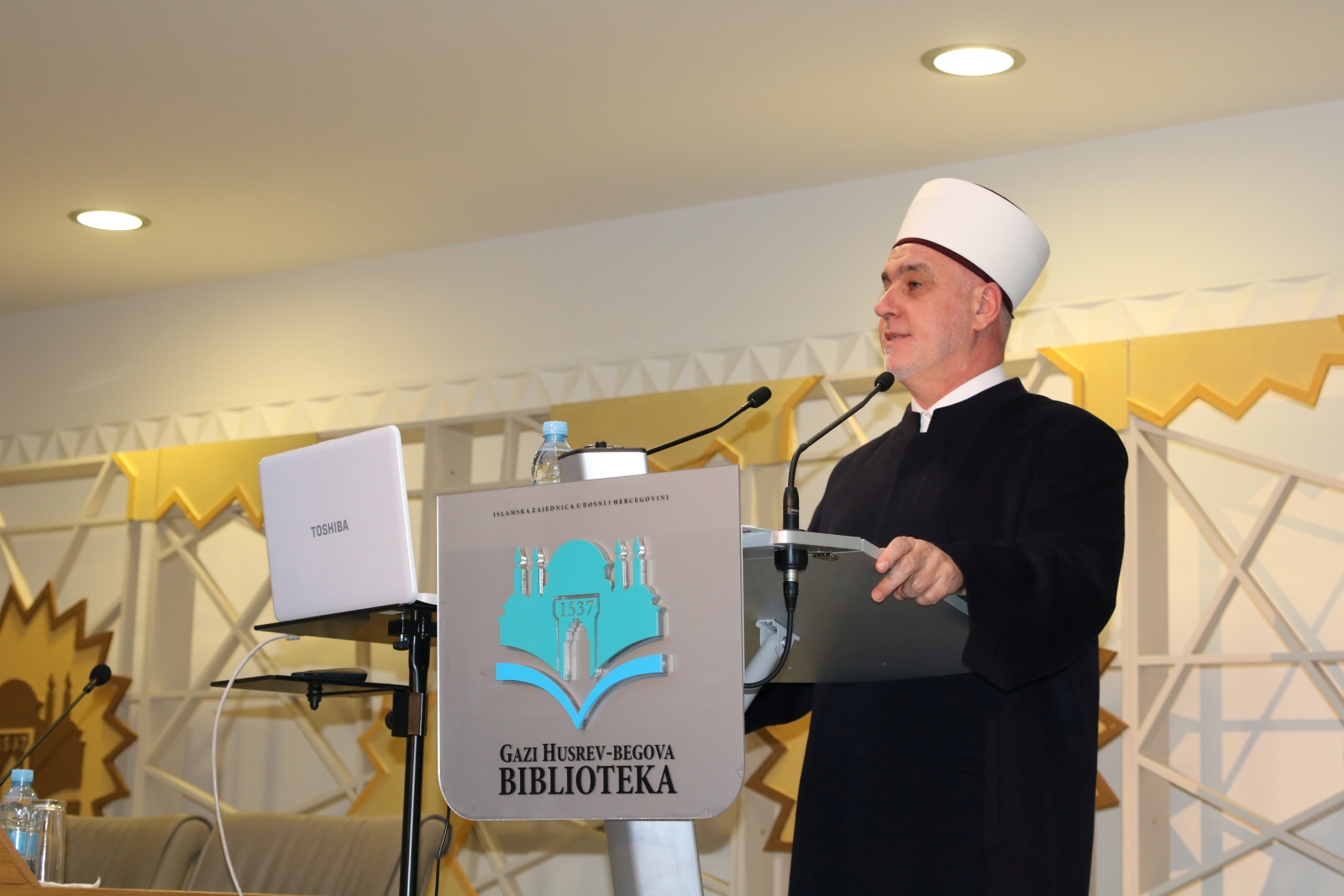 In all prosperous countries of the world, and in our country too, the armed forces are a vital factor in maintaining peace and stability. They are the force that protects the lives of people and their property. At the same time, the army also provides moral education for its members, so that they become good people, always willing to help those in trouble, even when their own life is at stake. The army always keeps a watchful eye to ensure the peace of the country and its people. The Armed Forces of Bosnia and Herzegovina do the same. We see them as a vital factor in the security of our country. They are always ready to provide assistance to our people.

The fact that soldiers face difficult, sometimes potentially life-threatening tasks means that their mental health must be well taken care of. It is necessary to provide ways to ensure they do their tasks in a professional manner, aware that what they are doing is for the benefit of their people, and that, in doing so, they must never cross the line of what is allowed and good, despite the monopoly of force the state has given them.

The management of the Armed Forces understood the need to address these issues and help soldiers truly understand the importance of their mission and the tasks set before them.

Aware of the importance of the Armed Forces of Bosnia and Herzegovina for our country and our people, we face the challenge of joining forces with our friends from all around the world in constantly improving and developing this vital resource of our society. Personal integrity of our soldiers and their spiritual, moral and professional development are not the sole responsibility of their superiors. They are the duty of all of us responsible for peace and stability in the community.

Our task is to help the soldiers develop spiritually and morally and to enable them to better understand all the layers of human being, to accept others as equals, and to understand that every single person is there to help others grow and become complete.

The world we live in is becoming increasingly complex. The traditional view of „friends and foes“ has changed. This harsh reality demands us to re-confirm the foundations of our values system. The teachings of the universal values based on religious truths helps us find our way in the modern world. The Messenger (s.a.w.s) taught Muslims that the battle in the battlefield is „small jihad“, whereas battling one's own desires is „the big jihad.“ That is why we need gatherings such as this one. We need them to examine the values we advocate and fight for together.

By developing both the spiritual and physical strength of the members of the armed forces, we are also taking responsibility for the future, for generations that are yet to come and making a commitment to further develop and improve the present generation. This gathering is an opportunity to once again examine the achievements we have made and consider future steps. To compare our experiences with those from other countries and armies. The Islamic Community in Bosnia and Herzegovina will always be a friend and an advocate for all efforts taken to help the moral and spiritual development of the members of BH Armed Forces.

We, Bosnian Muslims, perceive ourselves as a bridge between the East and the West, as a sovereign European nation, with its own country and culture. We are strong in cherishing Islam as a faith of God's last revelation which takes humankind from darkness to light, from hatred to the house of peace and prosperity. We deeply believe that people can and should live together, with all their unique characteristics, open in spirit and understanding which is the fundamental idea Bosnia is based on.

And Bosnia was multi-religious even before Islam came to this region. Unfortunately, throughout history, Bosnia and the idea of peaceful coexistence were targeted by the aggression of those who perceive diversity as a problem, not a treasure; those who fear the Other because of their own insecurities.

Today, when the world is once again threatened by exclusive, violent and non-tolerant ideologies, it feels good to see you men of faith promoting in your armies the values which are the only thing that can stand in the path of this evil. It is therefore good that you are in Bosnia, in Sarajevo which has survived the longest siege in the modern history of warfare, during which the main target were civilians. I believe you have heard that during the 1425-day siege, an average of 329 shells hit the city every day, killing 11 541 civilians, 1601 of them children, and injuring at least 50 000 people. Even despite all that, you can see that houses of worship of all religious communities have survived in Sarajevo, that people are trying to re-establish peaceful coexistence. That is the spirit we must defend. Those are the values we want to build our future on, and the future of the army that will help create a safer world for our children.

You were in Srebrenica yesterday, and you saw where hatred and ideology can lead. Bosnia is an open book, it is a warning to us all. It shows opportunities and hope, but also warns of where the paths of evil can lead. Whether we will take heed or repeat the same mistakes again – that is up to us. Once again, I thank the Military Muftiship for organizing this important conference and you for being here and participating. You are always welcome in Bosnia and in the Islamic Community. .