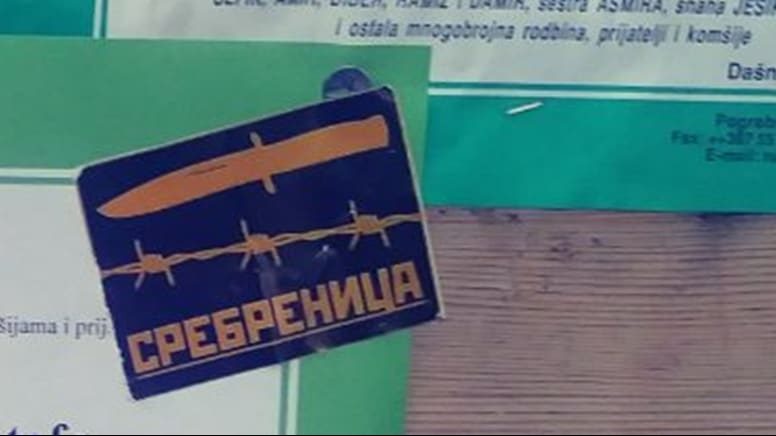 The mufti’s office in Tuzla on Friday condemned what it described as a series of attacks on Islamic Community property in the towns of Zvornik and Bijeljina in recent weeks.

Unidentified persons destroyed four gravestones and caused considerable damage at the Kazanbasca Muslim cemetery in Zvornik during the night of June 7, the Tuzla mufti’s office said.

Five days later, unidentified persons put up threatening stickers on a notice board in front of the Atik mosque in Bijeljina, at the entrance gate to the mosque’s harem and at the Islamic Community’s official premises in the town, it added.

“A knife and [barbed] wire, accompanied by the word ‘Srebrenica’, were printed on the stickers. [Other] stickers featured a map of Kosovo and the slogan ‘This is Serbs’ Homeland’, and ones with different faces, including that of [WWII Serb Chetnik leader] Draza Mihajlovic, with the words ‘Our ancestors fell a long time ago, glorifying the name of Serbia’, were put up,” the mufti’s office said in a statement.

“The police administrations of Bijeljina and Zvornik have been informed about these incidents,” it added.

The mufti’s office called on the authorities to take action against threatening behaviour and hate speech.

The OSCE mission to Bosnia and Herzegovina, which collects data on hate crimes and puts together a monthly ‘Hate Monitor’ graph about incidents motivated by prejudice, recorded ten ethnically-motivated incidents in May 2019.

The OSCE said that these included one case of physical violence, three cases of the destruction of religious buildings and insulting graffiti, and four cases of verbal attacks.